So ive been collecting Pokemon since late 2016 now and during this time ive accumulated close to 2,000 cards. All the bulk is pretty much given away or stored in a not so cared for way. From the start ive sleeved the cards and then kept them in deck boxes, then another deck box, a larger deck box and so on all the way up to my current predicament, so I’ve been through various iterations of how to store these cards up to today. Is my new solution going to be the best one? guess ill find out.

After each card for me is cataloged it was put into a binder. It started as 1 binder, then another and another, but im at the point where I’m collecting binders and eventually ill run out of room. These things are bulky and take up a lot of horizontal space, and its only going to get worse as time goes on. On top of this, each 3 ring binder costs between $4 and $8 depending on the width of the folder I purchase. Also each 9 page Ultrapro page costs about $0.50 when you purchase them by the box of 100. This gives you space for 900 cards. Assuming each set takes around 45 pages then its close to $30 just for the underlying stuff you need to store the cards. 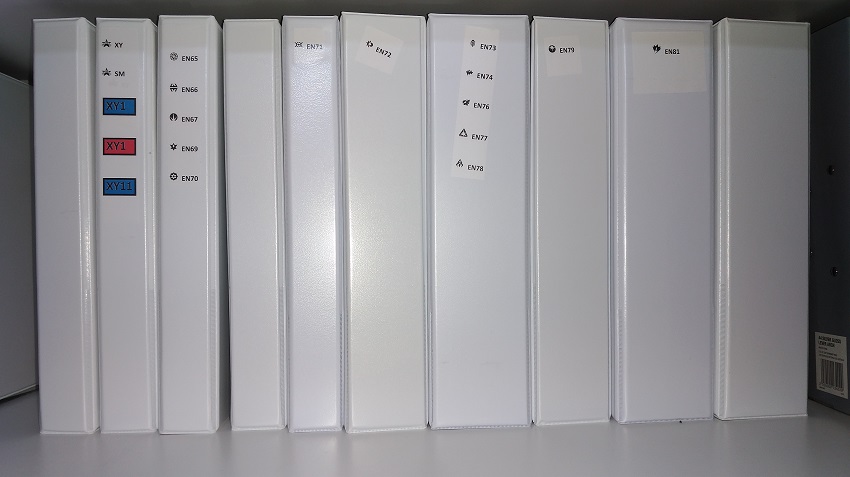 Also if you store too many cards in a binder you can damage them when the weight of a page starts to pull down on the pages skewing them, but if you don’t make full use of the binder then you end up with a bunch of wasted space. On the plus side, its quite easy to whip out a collection and display it. I think ive done fairly well managing this grouping partial sets together and getting the right folder sizes for the larger sets, but im at the point where it wont be sustainable anymore.

I thought that buying a few 360 ZipFolios from Ultimate Guard would compress my space, and it did, except these are the sorts of binders you don’t want to be moving cards around in and some of the Pokemon sets are >360 cards once you take into consideration all the reverse holo’s and secret rare cards, plus the cards also don’t seem to sit flat when the binder is opened making me question if the cards might get damaged over time. The cost on these were about $35 each, so just a little more expensive than buying a folder and a bunch of pages. While these binders aren’t as wide as a standard 3 ring folder, I’d end up in the same position of too many folios in a few years time. 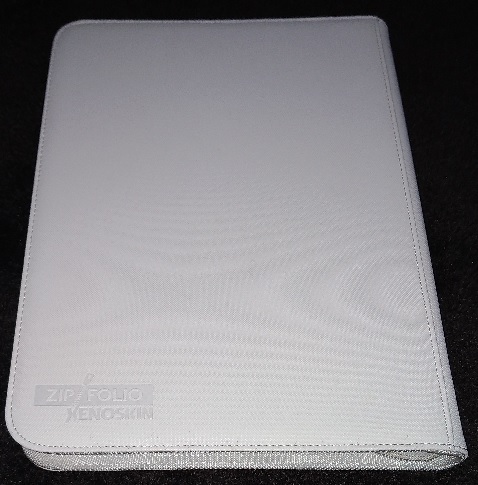 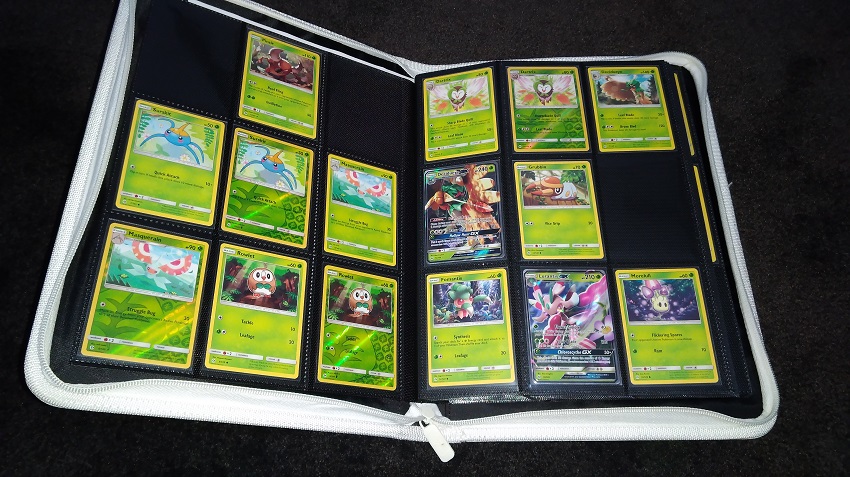 So enter my current method for storage. Ultimate Guard ArkHive 400+ boxes. They feature the same XenoSkin exterior as the ZipFolio’s and have a solid magnetic lid. When opened the cards are easily accessible. However, these things are not cheap at around $50 each, but when you take into consideration you wont need to buy a box of 9 card pages and a folder, I feel its worth the premium given the amount of condensing that can happen now. These units will be able to stack 3 (or more) high and are only 100mm wide. Each box can hold 175 top loaded cards, 430 double sleeved cards, 500 single sleeved cards or 850 unsleeved cards. The trade off is, no easy way to whip out a folder and glance through it. Something I rarely did anyways.

With these Arkhive’s my plan is to put multiple sets into a box so I can maximise the space and by using 2 back to back cards that have been labeled with the set name, that will provide an easy separator between sets. 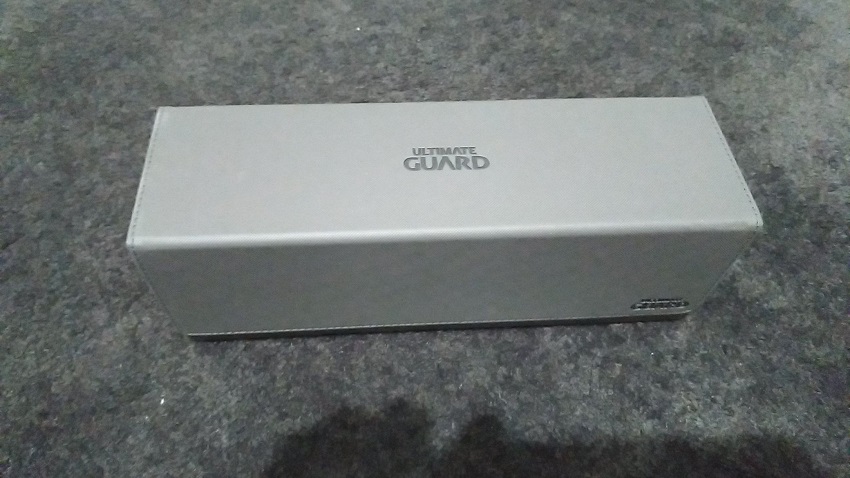 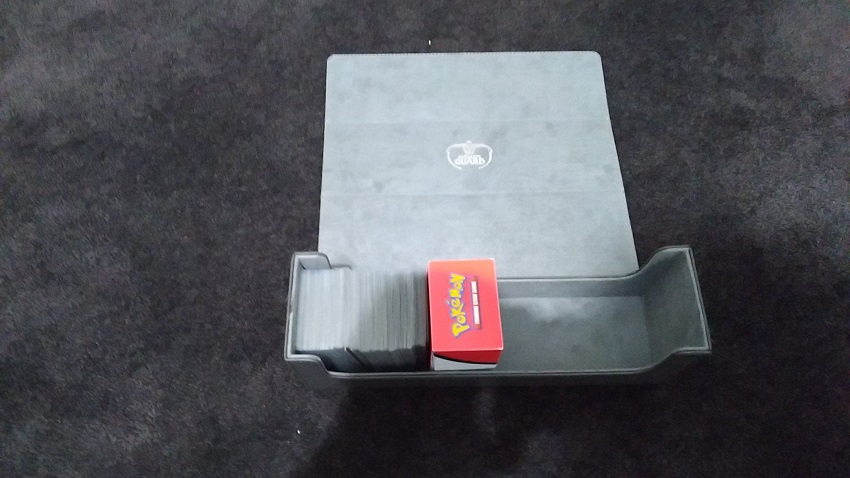 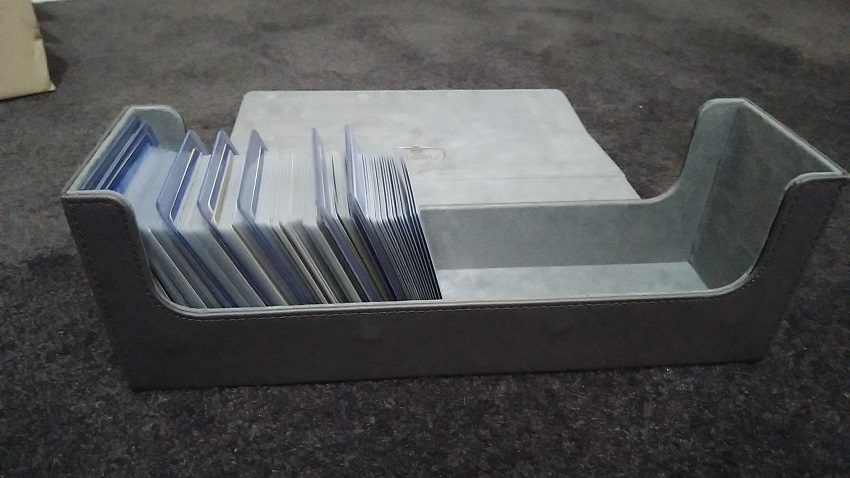 Now I guess I need to buy another 4 of these boxes and consolidate all the folders. Collecting can sure be an expensive hobby, so hint hint Ultimate Guard if you see this feel free to swing a few my way ;-)