It’s been just over 12 months since I’ve started bloging and this is now the 3rd iteration of the blog.

First it was Wordpress on Lightsail. There was a cost involved and if you really want to make wordpress useful you need to add the security holes also know as plugins. It’s not that Wordpress was a bad solution, but I had no need for all the bells and whistles it could provide.

Next was the static website via Hugo and S3. Perfect for what I needed with a bunch of pre-canned templates to boot. It was quick and easy to deploy and creating content was just a simple command to create the file. Originally I had settled for the Casper 2 template. It’s clean, renders nice on mobile but it didn’t have some of the features I was after, and I’m only just starting to get my head around the way Hugo works so I’m not confident enough to make the meaningful changes I was after. Plus my Markdown was terrible in some cases, I’d open it up in VSCode and see nothing but seas of formatting problems. 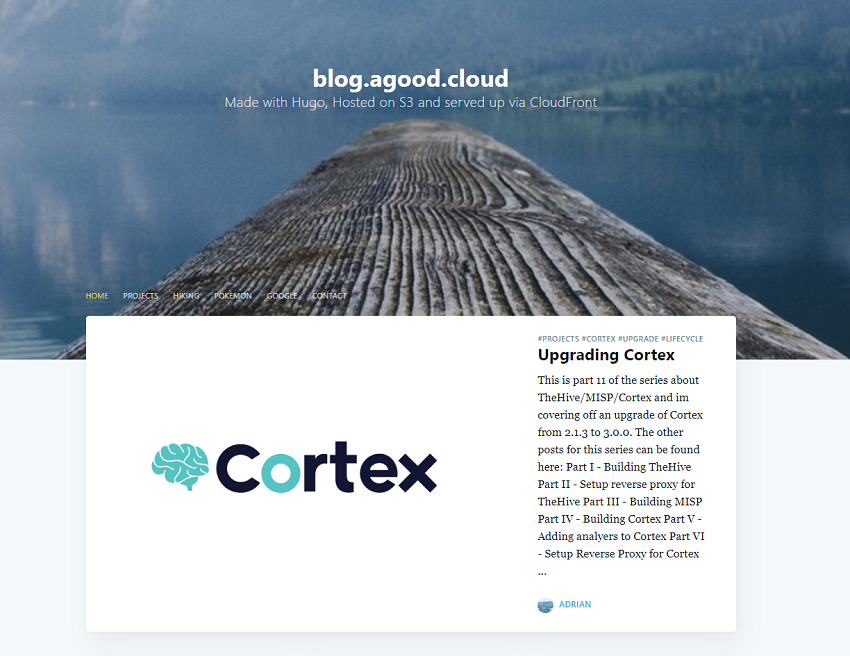 With all that I’ve learnt over the past year I’m now using the Universal template. While there are still a few things that I’d like to add/improve , it gives me the majority of the functionality I was wanting and doesnt look too shabby either. I’ve gone through my old posts, fixed them up and republished them, applying some of the things I’d learnt along the way.

The only real issue I have now with Hugo is that I need to do a complete upload everytime I publish a page, while the blog doesnt contain to much content, what will happen in another few years time when the amount of content has increased? How much will I be (re)uploading every post. I think there might be a 4th iteration somewhere down the line.