So it begins, a week of epic hiking planned and it started a day earlier than expected. Lucky for me, I had an easy morning planned in preparation.

We left my house around 1:30pm on Sunday with a drive out to our first hike starting at the Mt Buller Alpine Village. The drive is fairly straight forward until you start heading up the Mt Buller Road where there are a series of hairpin turns as you ascend the mountain. One mountain bike rider was very lucky to not be turned into hamburger meat when he took one of these turns so wide that he moved into the path of the car while coming down the hill. Way too close for comfort.

We drove our car as close as we could to the trailhead, prepped the day pack with the basic stuff like water and cooler weather gear to change into should it get any colder, and left around 3:30pm which is rather late to be starting a hike. From here we started the descent to the Howqua Gap camping ground. 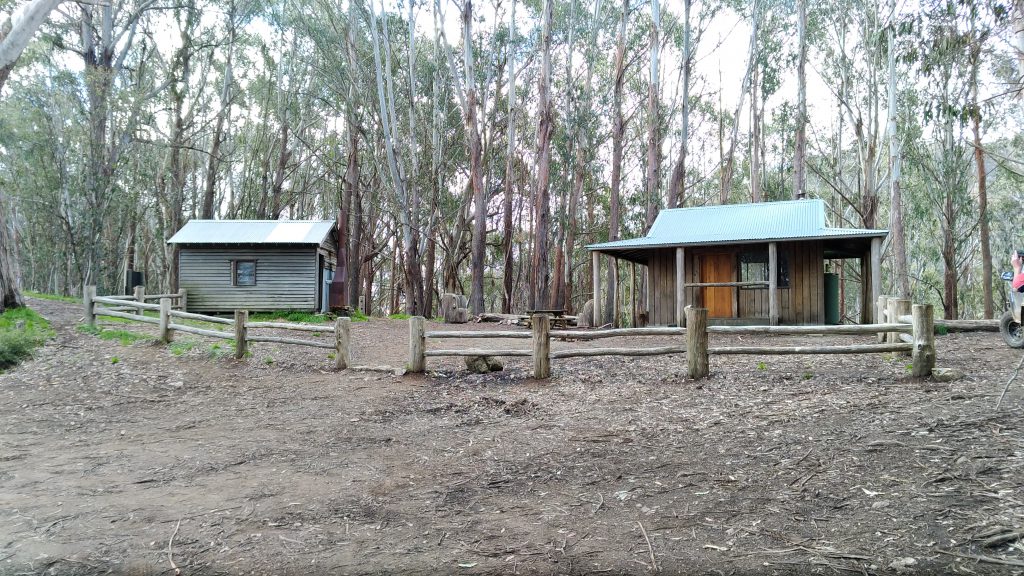 The descent was mainly on management road which was quite rocky but did seem to keep going which at the time I was thinking, this is going to be fun coming back up at the end.

Once we checked the map out, checked the GPS and re-found the right trail to be on it was pretty much all up hill all the way to Mt Stirling with some quote nice scenery along the way, although no real reprieve terrain wise, it was steep and just kept going. It was a good slog that’s for sure.

When we arrived at Mt Stirling we had magnificent 360 degree views overlooking the surrounding mountains and a near zero wind chill so we were pretty keen to get moving back to the car after just a few mins. It would have been nice to stop and take the view in more but we were keen to get back to the car before sunset.

This was an “out and back” track so we followed the same way we came and that initial hill we went down came back with a vengeance and I was certainly feeling worse for wear after this relatively short 16km grade 3-4 hike.

We had made arrangements to stay at a hotel in Mansfield that night and got a bite to eat on the way there. Little did I know at this time that the week’s hiking was in jeopardy.