This is the first post about my journey of standing up a TheHive/Cortex/MISP environment. Other posts can be found here:

Its been a while since I have last updated this blog and quite a lot has happened in the past month or so which has taken my attention away. Ive still been as busy as ever, studying, reading and starting a new job.

There are a suite of open source applications that we use and I thought, what better way to get to know them than by labbing them up myself and getting to know the quirks and the general usage. This blog entry is dedicated to TheHive, which is a case management system designed for Security Operations Teams but it has so much more power when you integrate other applications such as Cortex and MISP.

Here are my as build instructions. This is the first part of many.

A VM is a VM. Im using Hyper-V in this case, but you could use VMWare esxi, VMWare Workstation, Virtual Box or one of many other virtualisation providers in this space

After the OS has been built, perform a standard OS update and reboot

TheHive requires Elasticsearch to be installed. As this is a lab environment, im going to install it onto the same VM.

Create the service and start it

I found some issues with the documentation where some of it was pointing to /opt and other parts to /etc so these were the steps that I took to get this working.

Modify /opt/thehive/package/thehive.service modifying the ExecStart block as this was pointing at /etc but we have installed it to /opt

Update the Secret Key in the application.conf file

Setup TheHive as a service

All going to plan, you should be able to access TheHive on http://hostname:9000. At this point you will be prompted to upgrade the database.

Once that step is complete, you will need to configure the admin account. Its important that this is not skipped at this time.

You can now login to TheHive with this newly created account. 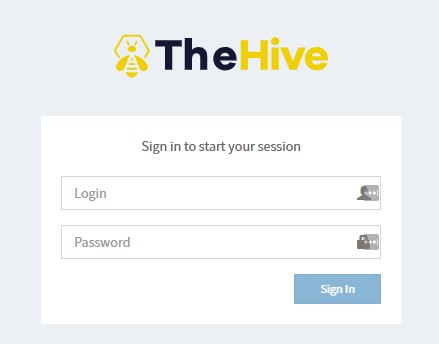 Now I can start to look at what other functionality and integrations are available as well as getting a general feel for how useful TheHive will be.